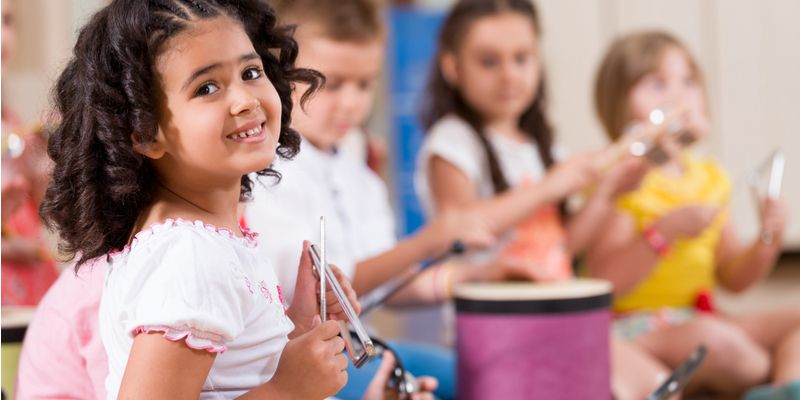 Many things vary between people of different cultures and ages, but one thing that doesn't vary is music. Not only do children love to sing and make music, but teachers and adults do as well! Using songs to teach children boosts their memories and keeps their brains alert, optimizing their learning potential.

Fabulous Food: 25 Songs and Over 300 Activities for Young Children by Pam Schiller uses songs and activities to teach typical early childhood themes related to food, such as growing things, nutrition, farms, and health and safety. Every song is accompanied by a list of “Did You Know?” facts that offer background information about the song, interesting facts about the topics or lyrics, historical information, or trivia you can use for discussion time. The activities also include modifications for children with special needs and English language learners.

As summer sets in, try this song and these activities from Fabulous Food to excite children for the long days and delicious treats ahead!

And let the juice

That’s all I ask of you.

Than a watermelon rind.

So, put a watermelon

And let the juice