STEM Activity Exploring Density with Fireworks in a Jar 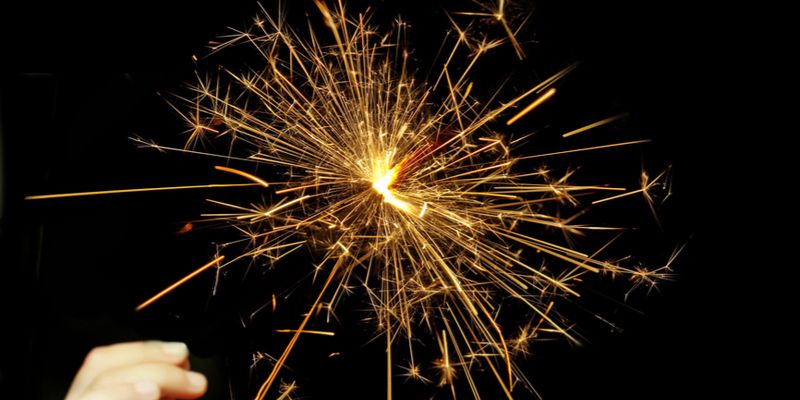 Density is a fundamental concept in science, and it’s one of the first science lessons students receive.

Defined as the measure of mass per unit of volume, density determines how tightly packed an object is. Denser objects contain molecules that are more compact and have less empty space in between them, whereas less dense objects contain molecules that are farther apart. An object’s density determines whether it will float or sink when placed in water.

Similarly, density also determines whether a liquid will sink or float when combined with other liquids. In this activity, students will combine oil and water to discover which liquid is less dense and which will float above the other.

The science behind the experiment:

The reaction between oil and water demonstrates how the concept of density works. Each liquid has its own density, and the density determines whether it will float on or sink in another liquid. Since oil is less dense than water, it will float on top of the water once combined.

And when students gently mix food coloring into the oil, the color becomes suspended in the mixture. When the oil mixture is added to water, however, the food coloring mixes immediately with the water, dropping out of the oil and making little explosions of color. This is because food coloring is hydrophilic (it likes water), whereas oil is hydrophobic (it does not like water).

Take it a step further:

After you’ve had your fill of visual fireworks, pour the oil and water mixture into a plastic container, add a bit of extra oil and then let the whole mixture separate into distinct layers. Place it in the freezer and then wait a few hours. What happens? The water expands as it freezes, making it less dense than the oil. Students will be surprised to see that the frozen water is now on top of the oil!

This activity was adapted from Banish Boredom: Activities to Do with Kids That You’ll Actually Enjoy