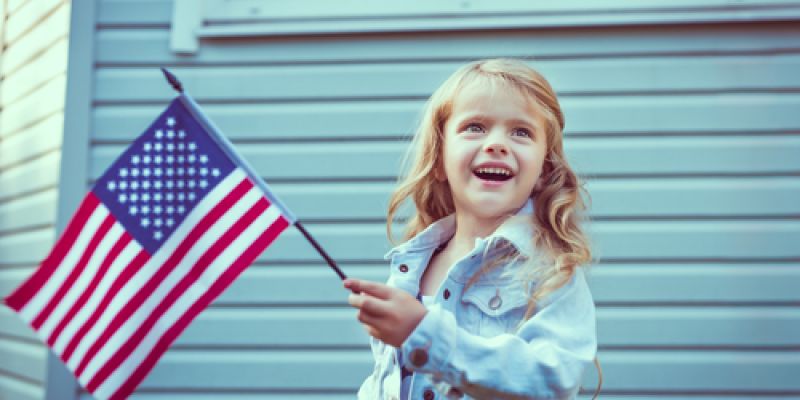 Students in your summer program can also celebrate the day with patriotic activities and crafts. Check out the following ideas from Summer Program Tips, Strategies & Activities for SchoolAgers 5-14 Years-Old to organize a patriotic celebration in your program:

Patriotic Parade: Plan a Fourth of July parade. Have students use old clothing and art supplies to create costumes representing an important person, place, thing or idea related to the country’s independence. Take your parade to a nearby nursing home, hospital or preschool child care facility.

Patriotic Poems: Provide samples of poetry from an assortment of children’s books and websites. List the following words on a chart or chalkboard:

Have students use any of these words (or others that they come up with) to create patriotic poems.

Patriotic Murals: Plan and paint a mural depicting the signing of the Declaration of Independence, a Fourth of July parade, a fireworks show or a summer picnic with friends. Here’s a tip: To create a fireworks effect on the mural, students can dip plastic drinking straws into tempera paints and gently blow the paint onto the paper (being careful not to suck in on the straw!).

Patriotic Presentations: In a small group, have students write a story and plan how they will act it out for the others. To start, give them a few ideas for the creative scripts, such as:

For more Independence Day activities, check out Celebrating Fourth of July on Pinterest.