5 Inspiring Women Making Innovative Strides in the After School Field 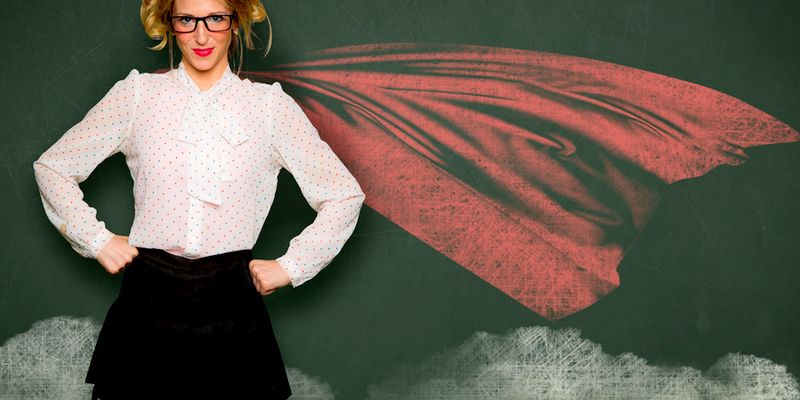 The after school field has made significant progress in the past few years. And it’s mostly due in part to the inspiring women who have taken risks and committed their work to making positive changes in their communities.

The after school field has made significant progress in the past few years. And it’s mostly due in part to the inspiring women who have taken risks and committed their work to make positive changes in their communities.

As our society changes, so do the needs of our children and youth. They must be equipped with the tools, information, and skills necessary to succeed now and in the future.

To celebrate Women’s History Month, we’re recognizing five women who have risen to the occasion and taken charge of educating today’s youth through innovative program designs and strategies.

From urban farming to emotional development, learn how these five women have impacted students’ lives while also advancing the after school field:

Armed with a passion to ending hunger, food insecurity and poor nutrition in New York, Katherine Soll founded Teens for Food Justice (TFFJ) to do just that. TFFJ’s mission is to train underserved youth to become urban farmers while transforming their relationship to the food they eat.

The nonprofit partners with Title I schools in New York to provide an after school program in which students build and maintain their own hydroponic farm. The 500-square-foot farm produces roughly 100 pounds of produce each month, including greens, tomatoes, squash and more. Students also receive lessons on food insecurity, the effects of poor nutrition and the value of government assistance for families in need.

Katherine’s hope is for students to make healthier choices and to lead a healthy food movement in their communities. As a result, Katherine becomes closer to achieving her goal of providing access to healthy food for all New Yorkers.

Scientific researcher by day, Marlena Jackson spends the majority of her free time inspiring the next generation of women scientists through her organization, NexGeneGirls.

As a young girl, Marlena experienced environmental racism in her hometown of Bayview Hunterspoint in San Francisco. Her community, including members of her family, faced high cancer and asthma rates due to the toxic waste in the area. It led Marlena to choose a path in science in order to effect change in her community.

Her early experiences also ignited a passion for empowering other young girls of color in marginalized communities to make a positive impact through STEM. NexGeneGirls uses mentorships, job shadowing and workshops to help girls develop foundational skills in science, leadership and innovation practices outside of the classroom.

Marlena aims to be an example of what a scientist looks like for girls of color and help them realize that a career in STEM is a viable option.

Driven by a desire to help all children realize their dreams, Amanda Drury founded The Brain Kitchen (TBK), a nonprofit after school program designed to foster resilience and cultivate wonder through movement, soothing exercises and, of course, cooking.

The “trauma-informed space” doubles as a community teaching kitchen with homework space to serve low-income children in the Marion, IN, community. With the help of community volunteers, the program uses a combination of yoga and trauma therapy, puppies and painting and a lot of cooking to address the effects of trauma on children and learning. At the end of the week, children bring home their food (soup and three loaves of bread) to share with their family.

Through TBK, Amanda aims to equip children with the skills they need to calm themselves and rewire their brains to cope with the challenges they face now and those in the future. In that way, the program not only engages children’s minds, but also changes their brains.

As an electrical engineer, Kimberly Bryant remembers feeling culturally isolated throughout her years in college, with very few classmates who looked like her. She realized that her experience also reflected a lack of African-American women in STEM fields. To change the tide, Kimberly launched Black Girls Code (BGC) in 2011.

BGC addresses the lack of access and lack of exposure to STEM topics prevalent in underserved communities. The organization provides after school programs and workshops to teach girls of color ages 7-17 in-demand technology and computer programming skills. With these skills, BGC is shaping the next generation of coders.

Through her work, Kimberly is changing the face of STEM. Together with BGC, she hopes to teach one million black girls to code by 2050. And she’s well on her way.

Ginny Deerin founded WINGS for Kids after learning that she lacked essential life skills (like empathy and self-awareness) at the age of 40. It was then that she made a commitment to making sure kids learned these skills before they were teenagers.

WINGS for Kids is a fun, interactive program that helps at-risk kids develop key social and emotional skills. The skills taught in the program are designed to help kids succeed in school, be prepared for the workforce and become positive contributors to society.

Through her after school programs, Ginny is adding the missing piece in education: social and emotional learning. For over 20 years, WINGS has equipped kids with the skills they need to thrive in school and life, thus helping them soar.

These five women have combined their skills and passions to create innovative after school programs and organizations that impact students’ lives. By sharing their successes, we hope to inspire the next generation of changemakers in the after school field.