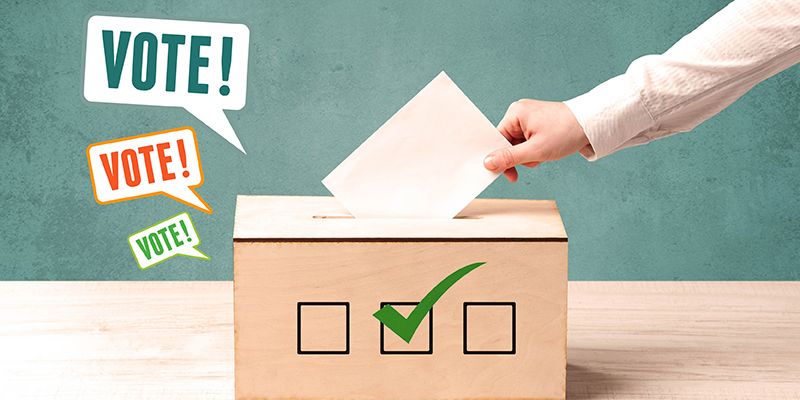 Today’s students are the next generation of voters. Prepare them to exercise their future civic responsibility with a mock election! It’s a fun way to teach students about the value of democracy, why it’s important to be informed and how their votes impact society.

Use this activity as an opportunity to discuss the significance of their vote in federal elections, which determine the President and Vice President of the United States as well as members of the U.S. Congress. Equally important, emphasize the importance of participating in local and state elections, in which officials like governors, mayors and school board members are elected.

Holding a mock election in your program is a great way to help your students understand the process of electing officials and the power of the vote. From campaigning to the voting process, students will get an idea of what it takes to become an elected official.

Note: This activity can be completed over the course of 1-3 days depending on time.

Discuss key elements of the election process, like the electoral college, polling places and political parties. Congress for Kids provides detailed information on elections that you can share with students.

Also, provide existing campaign materials from municipal and state elections in your area, like brochures and advertisements from your local election board’s office or on their website. Allow students to review the candidates and local issues, and then discuss how the materials and the information received would influence their decision. This will help guide them as they campaign and vote for the after school program president.

For more resources and ideas for your mock elections, check out:

Lesson Plans and Resources from Scholastic

Mock Election Ideas for the Classroom from TeacherVision